Google and a little Slaying

Finally a few months ago it happened, I installed the beta version of Internet Explorer 8, my life immediately turned to crap, I’ve never seen a beta product with so many problems, and even without those problems it doesn’t work as well as other browsers. After trying Firefox and Opera I’m now running Google Chrome, it’s the fastest, least temperamental and nicest to use. The reason I bring this up is that I recently switched to another one of Google’s services, Google Analytics to keep an eye on this blog, turns out a lot of the readers are also using Google Chrome. It’s also interesting to see where your viewing from, everywhere from Columbia to South Africa with most of the visitors coming from New Zeeland, lots of the US states and here in the UK. The 2009 Turner 5 Spot, Charge Spoon review and Hutchinson Toro review seem to be my most popular posts by a long way.

Right, back to bikes
It’s been very cold here for a couple of weeks now, no real snow but it went down to -9 Monday night, that means all the trails are nicely frozen so lots of fast riding and no mud. I took the Slayer out on Sunday, mainly so I could check out what bits weren’t working too well on it and to put on the pedals I took off the Trance. The headset has completely had it, the fork needs an oil change and the gears don’t feel too good so I’m going to start off by putting the XT/XTR gears off of the Trance onto the Slayer. If you look closely you might notice what brakes I’m running on the Slayer??? They’re 9 year old Shimano Deore brakes and to this date they’re still the best brakes I’ve ever tried or had. They’re so reliable it seems stupid not to move them from bike to bike like people do with Chris King headsets. Brake manufacturers have had nine years to make a better brake than this...they have failed big time. 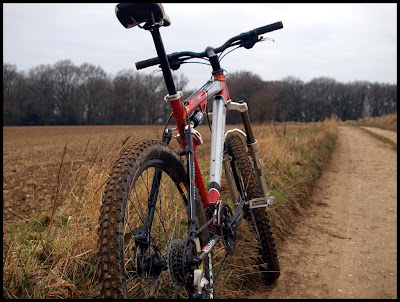 Sunday’s ride included a nice ride along the farm track at the top of Itchingfield Hill, and through Itchingfield itself. 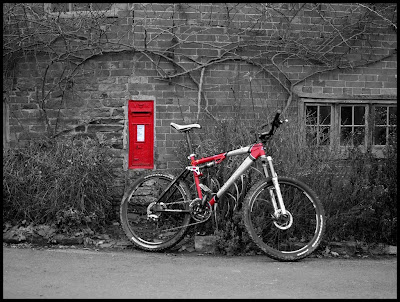 Then on to Barns Green, perhaps you’ve heard of Barns Green? Lawn mower championships?Finally I rode back along the Christ’s Hospital section of the Downs Link. 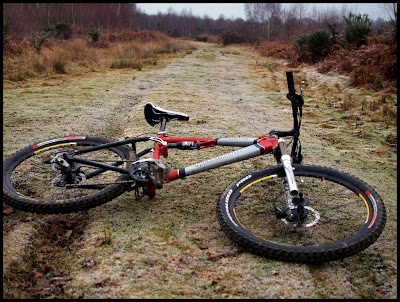 Analytics is great, no?

I’m looking forward to collecting views from all the states of America, so far I’ve got about half of them in the last few weeks. It’s much more fun than the boring view counter I used to have…