Ground conditions have been steadily getting more and more diabolical over the last couple of months. First it was the snow, then the ice, then the sticky mud of the thaw and nearly non stop rain since. Just to add to the mud fest a storm over Europe last night brushed passed Southern England and deposited yet more rain on the already sodden ground. This resulted in what I’m pretty sure was the wettest ride ever today. Potholes are popping up everywhere on the roads at the moment, 5 since last Sunday in just half a mile of relatively unused county lane. The trails aren’t any better, and I’ve come to the conclusion that the Swift isn’t setup for the job. Singlespeeds need very little cleaning and maintenance but inherently lack a low gear to get up soggy climbs or though deep mud. Maxxis Ardent tires are pretty useless in terms of rear wheel traction in these conditions, they do at least clear mud well enough. The Shimano Alfine gear hub and Hutchinson Toro tires I was running last year suited the UK better. At least the plague of punctures I had late last year has stopped. Due in no small part to me shouldering the bike over, or completely avoiding any sections with lots of hedge cuttings. The River Arun was today seen running amok wherever it liked. On any normal day the Arun should be over at the far side of the field, the ditch with the bridge over it should be empty (a good 6ft lower) and under the water there’s a nice farm track heading right at the footpath sign. I sure hope spring is both dry and just around the corner! 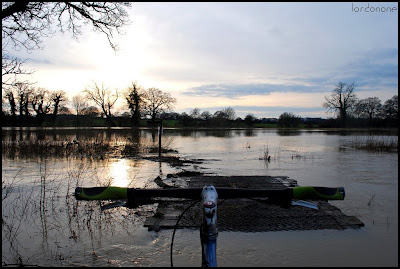 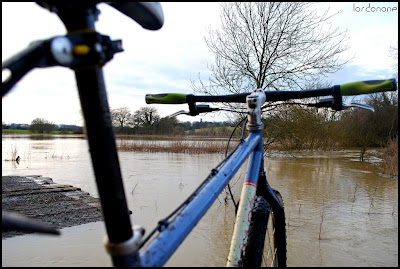 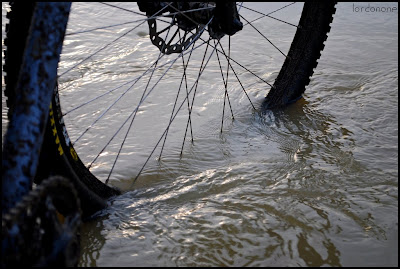 Matt (from the Muddymoles) said...

Keep the faith L-O-O, Spring is just round the corner.

I feel the weather has broken me this winter and am sick of the sight of mud but it has to change at some point. And after a dry week, I'm hoping it's this weekend!

Had a gorgeous ride into Redhill all along the NDW this morning, riding into the sunrise, was very special as first spot on morning for weeks. Ground was frozen but seems surprisingly to be draining quickly based on what I saw on Wednesday's night ride.

This winter has outstayed its welcome for sure. I’ve been struggling to get in one ride a week, I was doing at least 2 last winter and double that through the summer.

The weekend sounds great at the moment, sunny, dry and hopefully cold enough for a frost to make the ground nice and solid.

Bring on the long summer rides with loads of dust!