Singletrack has posted some photos and info on Giant’s 2011 line up. The Reign, Trance X and Anthem X will see significant frame updates for the next model year but I‘m only really interested in the Anthem X 29er. Final geometry, pricing and other models in the Anthem X 29er range remain to be seen. As far as looks go, I think the polished, black and blue colour combination looks stunning.
Features include:
- Giant’s excellent Maestro rear suspension
- 100mm (4in) travel front and rear
- Giant’s Overdrive tapered head tube
- A PowerCore press-fit bottom bracket
- Post Mount front and rear
- Space for a 2.3in rear tire
- 2395g claimed frame weight
- Fox fork with 15mm through axle and tapered steerer
- 3x10 Dyna-Sys Shimano XT 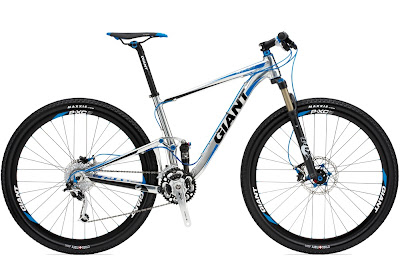 For the 2011 model year Gary Fisher Bikes will become the Gary Fisher Collection under the Trek brand name. The subtle graphics and outline/shadow “Trek” name on the down tube give me the sense that Trek are trying to ease the transition. I’m sure the frames will be back to looking like one big ad all too soon though. At first glance the frames look relatively unchanged for next year but look a little closer and there are quite a few differences. For instance, the Paragon gains a tapered head tube/steerer, 100mm travel fork, press-fit BB, quite a few odd little geometry changes like longer chain stays and a 30spd drivetrain. Several models also benefit from new lower spec levels and WSD variants. The only new MTB model appears to be the Sawyer, a steel frame cruiser not only with sliding dropouts but a split dropout for the fitting of a belt drive. Judging by the response on forums this model is going to be the one everybody wants but nobody can get! 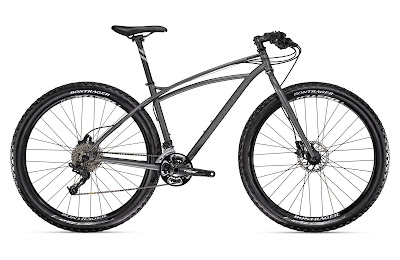 As I mentioned previously, my only real complaint about the KHS was the weight. Reducing the weight of rotational components like the wheels and tires is where it’s going to make the biggest difference to the ride. The wheels will be upgraded, but not until later in the year. At well over 800g each the WTB ExiWolf tires were the obvious choice for an upgrade. After looking around I found the new Maxxis Aspen 2.1in tires were arriving in the UK this month, are reasonably priced and around 530g. I’m not the kind of weight weenie that actually weighs components when they arrive. Just look up the claimed weight, check some sites to make sure it isn’t too far out and hope to appreciate the difference while out riding. Installing them was a bit of a pain, both tires required soapy water to get them to pop into place on the rim straight. Once they were mounted I took the bike for a quick test ride past the gold course. Right away the bike felt a lot quicker to accelerate with around 1.3lbs of rubber removed. It will be interesting to see if the Aspen can provide enough grip and puncture proofing for a front tire. If it doesn’t then I’ve got a backup plan involving the rear Ardent on the Swift. 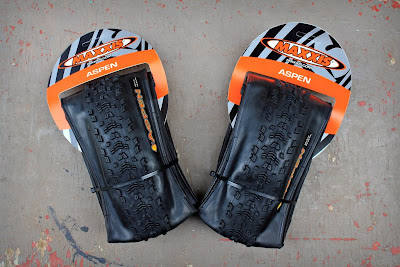 One year on the Swift

I’ve been riding my Singular Swift for over a year now. Hopefully I’ll still be riding it after another year. Last week it received a spring cleaning, having not been properly clean since last year. Phil Wood’s excellent EBB has kept the chain tight since new but it finally got too long recently. This posed a bit of a problem for me, having several chain rivet extractors, all of which were bent or broken. So I picked up a Super B one, only £8 and very smooth to operate. First ride after the spring cleaning and chain shortening was a bit hard on the bike. It rained for the first time in ages so conditions were muddy, then near the end of the ride I pulled what appeared to be some kind of stone age implement out of the rear tire. This left the bike requiring another cleaning and maintenance session. Tuesday’s ride was much better though, I even found the wood near Barns Green had developed a carpet of Bluebells. 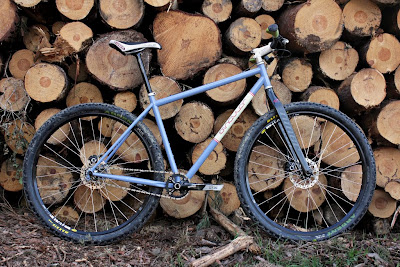 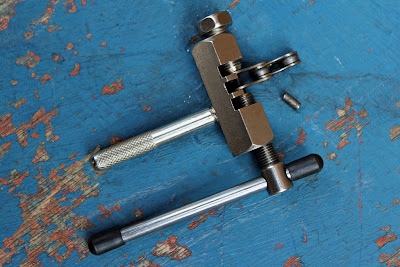 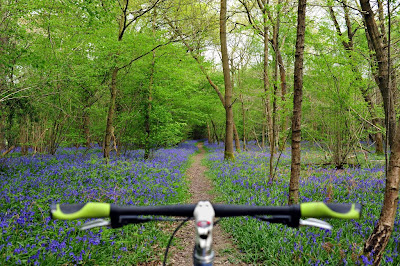 There's been years of internet speculation and rumours surrounding this bike. A Giant Anthem X 29er prototype has been spotted at the Sea Otter Classic. Features include a tapered headtube and Giant’s Maestro rear suspension. This second generation prototype and the 2011 production models will be aluminium, with a carbon framed version set to join the range for 2012. Carl Decker (pictured) has already won a Super D race aboard the Anthem X 29er at the Sea Otter. 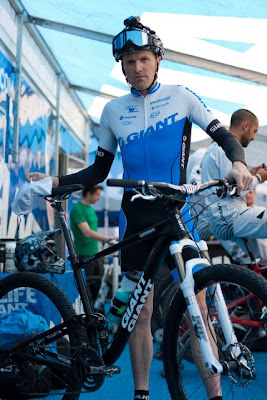 Pinkbike has uploaded some photos of a prototype 140mm travel Norco 29er seen on display at the Sea Otter Classic. It has a tapered headtube, front and rear through axles, 140mm travel Rock Shox Reba and is called the Shinobi. Very nice! 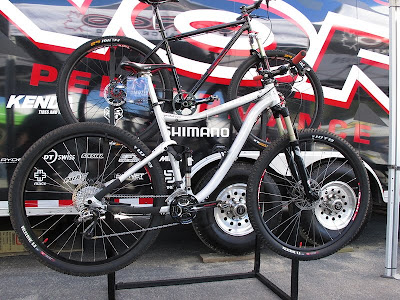 This year's Sea Otter Classic starts on Thursday, 15th April in Monterey, California. We all know what that means…lots of new products being released this week. Personally, I’m looking forward to seeing any new 29ers that are on display, perhaps something from Yeti, Giant, Salsa??? Also interested in what Shimano has to show. Today saw photos of Sram’s 2011 X0 and X9 groupsets get leaked. X0, X9 and X7 will all join XX in being 2x10 next year, a concept I‘m very interested in trying on a bike in real life. What I have tried is their current shifters, which left me desperately hoping Sram will soon sort out the mechanism problems that have plagued mine. So hopefully the new shifters haven’t just received a facelift and a different number of gears. It must be said that the new X0 looks much better than it did in images leaked earlier in the year. It’s also nice to see a larger range of colour options. Singletrack World has galleries of both the X9 and X0 component "families". 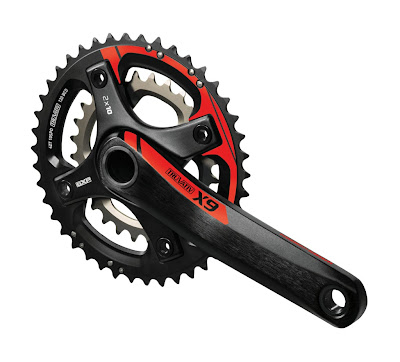 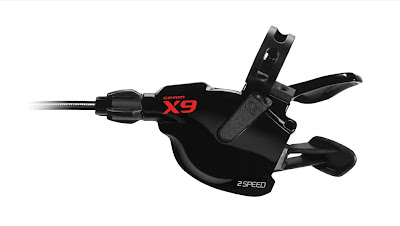 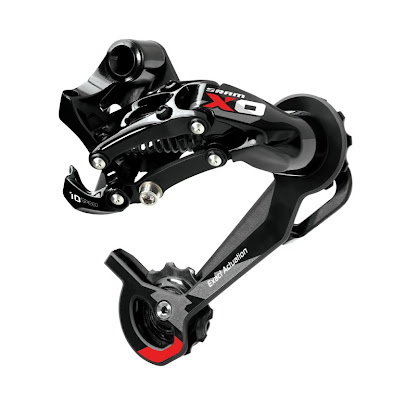