What they refer to as “an extreme weather event”

Just a few statistics, this was the most snow here in 18years, 3000 schools have been closed, 1000miles of traffic jams of which the longest was over 50miles, all of London’s buses were stopped and same goes for a good proportion of the rest of the trains and buses in south east England, 20% of the working population including me didn’t make it to work, car accidents increased by something like 10x and it all costs the UK economy £1.2bn. To top it off most of the airports were closed and a plane got stuck in the grass at Heathrow because the pilot couldn’t see the runway under the snow. WTF? Way to be an unprepared country for a little snow…and yet, although I couldn’t take a train, when I got the car out and drove up to where the most snow fell for a ride it was fine.
Perhaps that sign should be seasonal 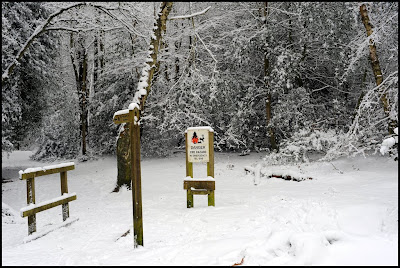 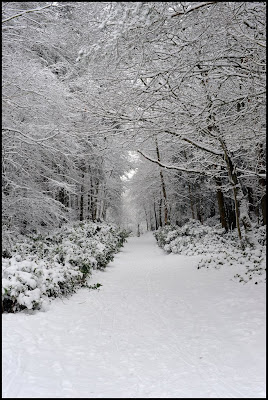 Shame I had to jump off the bike half way up! 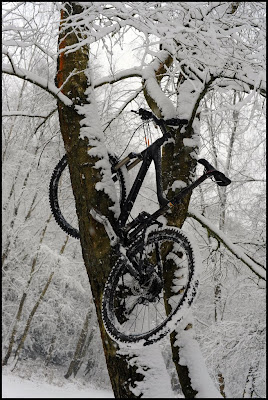 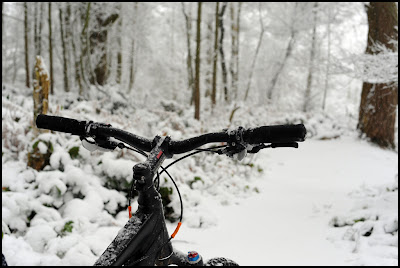 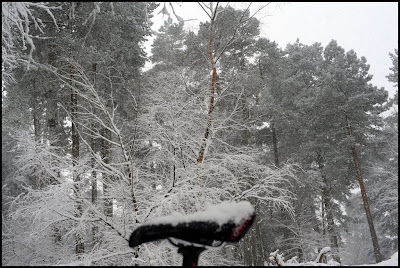 Wow, very unique blog.
Fantastic pictures.
I like your blog.

Keep blogging.
Save our planet.

Very nice pictures, maybe we should send you a few snowplows...

Sorry -d, I don’t know quite why but your comment made it to my email but not my blog, it happened to someone else last week.

I’m using a 2.1in Kenda Nevegal rear and Kenda Blue Grove front tire. The back was about 30psi and the front was about 15psi to grip the snow better. They never let go and seemed to have great traction but they slide everywhere on the roots under the snow if you don’t hit the roots straight on, I suppose that happens with most tires though. The Trance X is a great bike in the snow!

If the snow is light enough you really shouldn't have to change your tire pressure. I never do.

Of course with the amount of snow we have around New England these days riding is just about nil.

Love the snow pix and all the bikes!

I didn’t change the pressure either of the previous times when it snowed but I thought I’d just try it out and see what happened, I can’t really tell much difference but they sure do grip better than my shoes!