I took a little trip up to Head For The Hills in Dorking to pick up my new Singular Swift 29er frame today. There it was, all wrapped up and ready for unwrapping so I rushed home to unwrap it and take some photos with my dads new camera, it doesn’t focus all that close with the current lens but it takes great images. 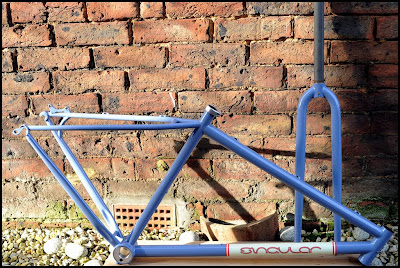 While I was at the shop I was going to order silver Truvativ Stylo 180mm SS cranks for the bike but they only sell the black ones in the UK and by the time I got there the price for Shimano XT cranks had already risen to £75 more than the Stylo’s so black it is. Similarly I was going to order a set of Shimano M575 brakes but like many people this year I’m trying to get away with a cheap build and the price had gone up on those too, Magura hasn’t raised its prices so I’ve ordered a set of Julie’s, hopefully they will be good brakes even if the lever is on the ugly side, on the plus side the rotor looks a lot nicer than the one on the Shimano’s I was considering. As you can see in the pics the frame is generously supplied with a seat collar, rigid fork and Phil Wood eccentric bottom bracket and with the head tube and BB faced. 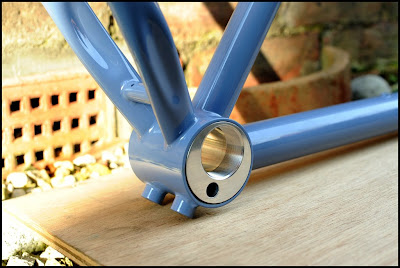 You can get a solid silver head badge but I’m the only one that will know it’s there so I stuck with the plastic one. The frame seems very nicely made and I’m glad I got one before Singular merge the ordinary and SS frames together with more cable guides, I mean it’s a good idea but I want simple. Don’t forget there is always more photos on Flickr! 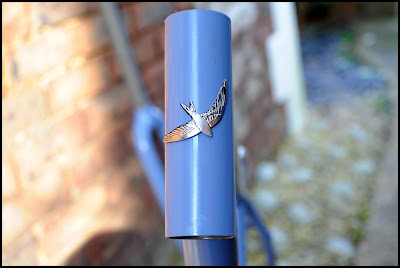 forget the silver badge,
you need one of there for real brand loyalty...
http://www.flickr.com/photos/placid_casual/3131741482/

Wow, some real Swift love there!