Last year we went to the Cycle Show on a Friday, however this year we couldn’t do that which turned out to be a good thing because Saturday was the first day the trains were running smoothly all week. Upon arrival we found the exhibition hall at Earls Court already teaming with people. There seemed to be more people than last year but maybe that’s just because more people can get up there on a Saturday.
Who was there
Bionicon, Cannondale, Campagnolo, Cube, FSA, Focus, Fulcrum, Genesis, Hope, Haro, KCNC, KHS, Lapierre, Mavic, Norco, Pace, Pashley, Ragley, Saracen, Shimano & Pro, Scott, Specialized, Sram, Sunn, Schwalbe, Transition, Whyte and more. Every year different brands show up like Lapierre, Sunn and Whyte who weren’t there last year and Trek, GT and Mongoose who were there last year but not this year. No Trek was pretty disappointing actually.
A few things we noticed
- The Scott stand was so packed with people it was unbelievable.
- The Saracen stand was big, nicely designed and well staffed, but deserted. A few photos of new Saracen prototypes have started appearing today…if those prototypes were on display then the stand would have been brimming.
- Shimano must be making an absolute killing with the Alfine internal gear hub range. Loads of bikes fitted with them on various stands although not many mountain bikes.
- The price may be ridiculous but Sram XX was on quite a few bikes and my quick fiddle with one of those bikes revealed that shifting feels amazing and the parts look well made.
- Sunn has some nice bikes but somehow I don’t see them rolling in a taking over the world like Lapierre seems to have done over the last couple of years.
- Belt drive bikes appear to be catching on pretty quickly with everything from fixies to 29ers and folding bikes running them when there were none just a couple of years ago.
- 29ers on the other hand don’t seem to be taking off anywhere near as fast as they have in the US, only 3 there this year. Several brands including Cannondale have pulled their 29ers out of the UK for 2010 and the MD of Pace said “they’re dying here”. But the good news is that I’m seeing a slow increase in the number of them out on the trails so they can‘t be dying. And although some companies have ditched their 29er models in the UK, others have moved in with new distribution deals and new models like Norco and Santa Cruz.
The full Cycle Show 2009 set can be found on Flickr.
Singular Swift with Niner carbon rigid fork 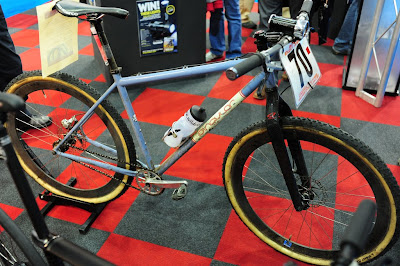 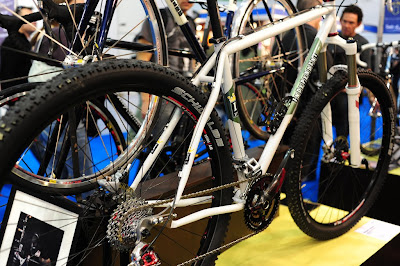 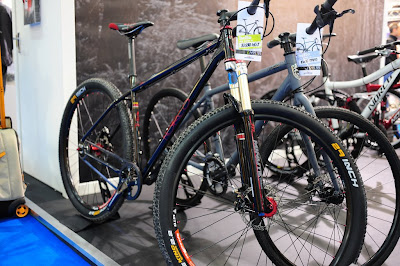 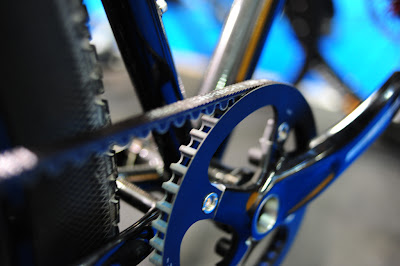 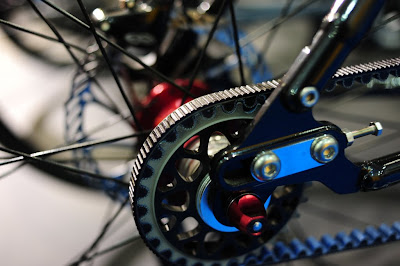 What a load of rubbish! I see more all the time on the trails. On-one 29er frames keep selling out.

Each to their own!

I completely agree, many companies and shops like Singular and Freeborn are selling out or shifting far more 29ers than they had expected. If Pace made a 29er it would probably be amazing and sell out like greased lightning.

I would love to see a Cotic 29er. I've been pestering for a while, but can't see it happening :-(

Keep pestering, hopefully they will yield eventually…or notice how well other companies are doing with 29ers.