Local bike shop news
Nirvana Cycles in Westcott are now stocking Ragley. I’m not sure if Nirvana Cycles are a proper dealer but it’s nice to see Ragley frames in a shop somewhere in the south of England. Right now they have the mmmbop in blue and “Quick Lime” green for a very reasonable £275.99. They are also stocking the steel Blue Pig frame seen bellow for an even more reasonable £259.99. Brant’s future 29er creations interest me far more but keep an eye on my Flickr for photos of the mmmbop and Blue Pig. 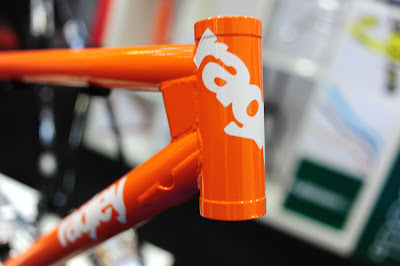 Nirvana Cycles have also recently signed up to become a Cube dealer. Some stunning Cubes on display at the London Cycle Show as well as some very good salesmen played a big role in the decision. The outrageously long wait for Giant’s 2010 bikes also had a hand in it. Many riders will be thinking about 2011 kit by February or March so the very late release isn’t doing Giant or their dealers any good. Indeed several 2010 models became 2011 models today due to “insurmountable production issues”. The good news is that Cube reckons they can have their bikes in store for early January...not too bad. Nirvana will be getting in the 160mm travel Fritzz for all mountain, 140mm Stereo for trail riding and the 100mm AMS for XC. I'm very much looking forward to trying a Cube after years of only seeing them in catalogues and at the Cycle Show. Again, keep an eye on Flickr for photos. 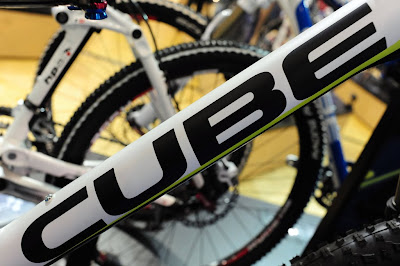 Downs Link
The Downs Link section between Christ’s Hospital and Slinfold is currently covered in hedge cuttings, along with several other bridleways and footpaths in the area. When I checked last week it was bad enough that riders should prepare for a significant walk carrying the bike or several hawthorn punctures. It would appear that a number of local farmers give very little consideration to public safety, punctures, thorns going through walkers shoes and the law in this county. Which not only covers roads but footpaths and bridleways as to clearing up or sweeping to one side all debris as soon after cutting as possible.