Today I went into Head For The Hills and found that Dan had a prototype he was testing for Singular. This is Singular's first 26” wheel bike, all their other bikes are 29ers. It’s designed to be convertible between a 69er with a rigid fork and 26er with a normal suspension fork. The frame will only be available in small or medium...assuming what I’ve heard is correct and Sam from Singular chose to put it into production. Dan was kind enough to let me have a little spin on it, the frame was at least a size too small for me but I’m pretty good at riding bikes that are nowhere near my size. I’ve ridden several Singular’s and all of them have been very good, this was no exception. The attention to detail on the frame is great, such as the neat head badge and eccentric bottom bracket. The matching fork was a nice touch but several Magura forks I've tried have had a substantial knock at the top of the rebound including this one. Something far more impressive was the Brooks saddle...so comfortable. The colour and geometry should be very close to the final production model, although the rear brake mount will get some reinforcement. 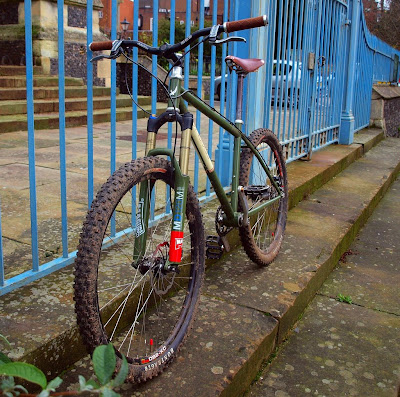 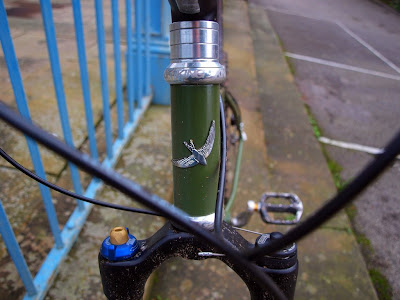 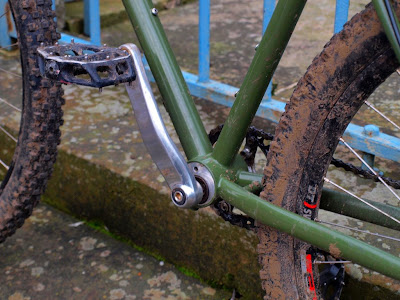 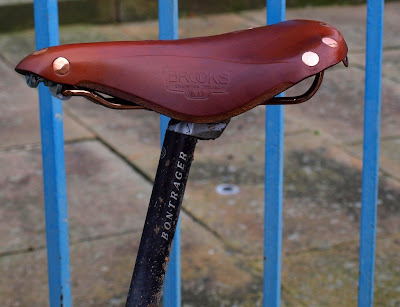 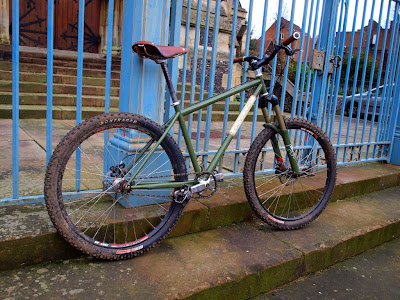 Head For The Hills have also built up a Singular Swift 29er with Shimano Alfine so I’ll be sure to check how they’re getting on with the Alfine over the winter.

Nice looking bike - I've never seen one in the States.

There aren’t even that many here in the UK but I have one of the rare Singular dealers nearby so I’ve seen a few and they seem to be gaining popularity.