This batch contains some boring but hopefully functional Bontrager 29in tubes, new tires to go with the tubes and a headset... 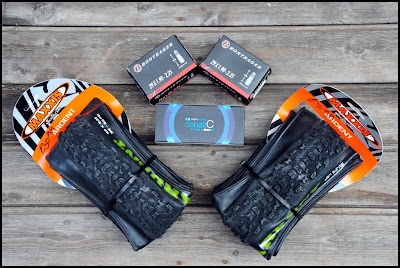 The headset is a Crank Brothers Cobalt C Directset. I’m paying exactly £1 per gram of headset and it weighs 33g less than a Chris King just in case you‘re wondering. Disturbingly the box is quite a bit bigger and heavier than the headset itself but Crank Brothers make such nice boxes I’ll let them off for this lack of consideration for the environment. I read on another site that it’s hard to stop the Directset from turning sideways in the headtube during instillation so I had my LBS do it, sure enough it turned sideways on their first attempt. The box states it has a 5year warranty and yet the instructions state a 2year warranty and it's not particularly clear on what it covers which isn‘t too helpful. Like quite a lot of components for the Swift this is an experiment, I’ll be back to post on how it performs. 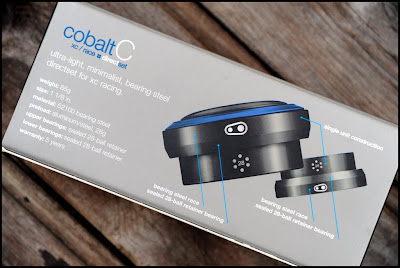 The tires are Maxxis Ardent 2.25in which I’ll be back to review later on, hopefully they’ll be as good as the 29er gurus say they are. 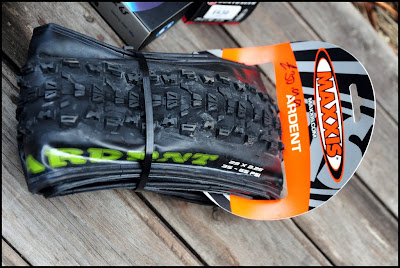 Blog news
You may have noticed I’ve ditched the cycling news section and put up a bunch of my favourite blogs. The only problem is I’ve stumbled across a few really great blogs and can’t find them again so if you know any really good blogs feel free to comment them to me. I like the ones with bikes, components, reviews, news and loads of photos! :)

Good to see i'm on the list! I'm looking forward to your new build too :D

Glad to see some nice weather over in blighty too!!! 17 degs in nuts!!

Well I couldn’t miss your blog, it’s in my top 5 favourites…

My LBS is trying to find out when the Syncros bits are likely to turn up right now. Apparently they found out what happened to my Ergon grips today, due to a computer malfunction at the distributor my LBS now has a stack of black grips rather than the Team Green grips they ordered.